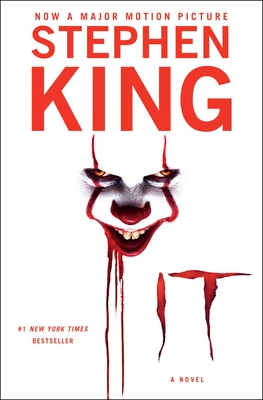 Praise For It: A Novel…

“It will overwhelm you…Characters so real you feel you are reading about yourself…scenes to be read in a well-lit room only.”
— Los Angeles Times

“A mesmerizing odyssey of terror…King writes like one possessed, never cheats the reader, always gives full measure…He is brilliant…dark and sinister.”
— The Washington Post Book World

“Vintage King…a magnum opus of terror…just a glance at the first few pages, and you can’t put this novel aside.”
— St. Louis Post-Dispatch

“A great scary book…a nightmare roller-coaster…packed with more chills than a Frigidaire… ‘It’ turns out to be the monster-dread in us all, the one that refuses to go away.”
— San Francisco Chronicle

“Epic…gargantuan…breathlessly accelerating suspense… King is our great storyteller…I imagine him as a possessed figure rocking over a smoking word processor, hunting for a beat his sentences can dance to, pounding the shocks and scares like a rock organist laying down the power chords.”
— Los Angeles Herald-Examiner

“A ghoul’s delight…a good old-fashioned chill and shiver fest…as creepy as the finest of that genre.”
— Kansas City Star

“ King’s most ambitious project…reads as if written in a white heat!”
— San Jose Mercury News

“IT exhibits the potato chip syndrome – quite simply, you can’t read just one page and stop…It is in this novel that King comes out of the closet, a closet jammed and crowded with his own monsters.”
— Houston Chronicle

“Chock-full of spooky stuff…a sprawling scare-fest that defines King’s recurring themes and adds a new set of ambitions to the mix.”
— The Philadelphia Inquirer