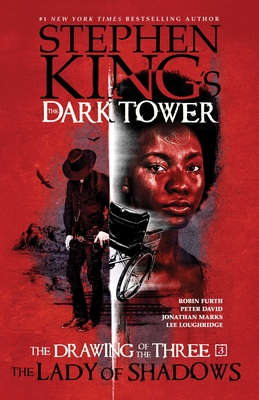 The Lady of Shadows (Stephen King's The Dark Tower

The Drawing of the Three #3)

Enter once more the world of Roland Deschain—and the world of the Dark Tower…presented in this stunning third graphic novel of The Drawing of the Three series that will unlock the doorways to terrifying secrets and bold storytelling as part of the dark fantasy masterwork and magnum opus from #1 New York Times bestselling author Stephen King.

Peter David is a prolific writer whose career, and continued popularity, spans more than twenty-five years. He has worked in every conceivable media—television, film, books (fiction, nonfiction, and audio), short stories, and comic books—and acquired followings in all of them.
Loading...
or support indie stores by buying on