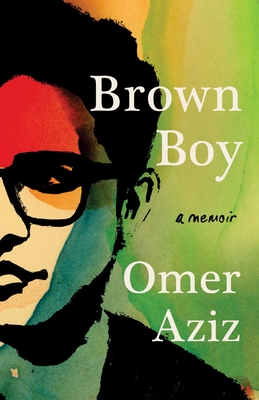 In a tough neighborhood on the outskirts of Toronto, miles away from wealthy white downtown, Omer Aziz struggles to find his place as a first-generation Pakistani Muslim boy. He fears the violence and despair of the world around him, and sees a dangerous path ahead, succumbing to aimlessness, apathy, and rage.

In his senior year of high school, Omer quickly begins to realize that education can open up the wider world. But as he falls in love with books, and makes his way to Queen’s University in Ontario, Sciences Po in Paris, Cambridge University in England, and finally Yale Law School, he continually confronts his own feelings of doubt and insecurity at being an outsider, a brown-skinned boy in an elite white world. He is searching for community and identity, asking questions of himself and those he encounters, and soon finds himself in difficult situations—whether in the suburbs of Paris or at the Temple Mount in Jerusalem. Yet the more books Omer reads and the more he moves through elite worlds, his feelings of shame and powerlessness only grow stronger, and clear answers recede further away.

Weaving together his powerful personal narrative with the books and friendships that move him, Aziz wrestles with the contradiction of feeling like an Other and his desire to belong to a Western world that never quite accepts him. He poses the questions he couldn’t have asked in his youth: Was assimilation ever really an option? Could one transcend the perils of race and class? And could we—the collective West—ever honestly confront the darker secrets that, as Aziz discovers, still linger from the past?

In Brown Boy, Omer Aziz has written a book that eloquently describes the complex process of creating an identity that fuses where he’s from, what people see in him, and who he knows himself to be.

Praise For Brown Boy: A Memoir…

"The significance of Omer Aziz’s Brown Boy is captured in the very first story he tells--that tension between being caught between two worlds. When Derek Walcott writes, 'Where shall I turn, divided to the vein?,' Aziz responds with Brown Boy, a powerful articulation of what it means to navigate not just identities, but borders and possibility." --Reginald Dwayne Betts, author of Felon

"A brilliant and moving memoir of, among other things, class migration and the choices made by outsiders. Aziz writes with sensitivity and honesty about the tensions between growing up in a working class immigrant home and the worlds of elite education and politics. This book will surely make it onto any reading list exploring the twin preoccupations of our time: race and class." -- Zia Haider Rahman, author of In The Light of What We Know

"Omer Aziz’s astonishing journey from economic hardship and violence to Yale and becoming a foreign policy advisor would be fascinating even if it didn’t tell us things we absolutely need to know: Why have the white and minority communities withdrawn into their separate corners; what can be done to bring them together? An essential memoir." -- Akhil Sharma, author of Family Life and An Obedient Father.

“This breathtaking, brilliant memoir had me from page one—I couldn’t put it down. Omer Aziz is a poet, his writing luminous. Brown Boy is eye-opening, achingly honest, alternately hilarious and heartbreaking—an unforgettable book.” —Amy Chua, author of Political Tribes and Battle Hymn of the Tiger Mother

"Brown Boy is a poignant, unflinching exploration of cultural identity: the roles we perform, the ways we are misperceived, and the conflicted feelings we can have about our pasts. Omer Aziz illuminates what it is like to be the child of immigrants and the unique invisibility that comes with being South Asian. I saw myself reflected in these pages. How rare, to encounter one’s story with such candor and vulnerability. How rare, and how necessary."

Omer Aziz is a lawyer, writer, and former foreign policy advisor in the administration of the Canadian Prime Minister. He was born to working-class parents of Pakistani origin in Toronto, Canada, and with the help of scholarships, became the first in his family to go to college in the West, later studying in Paris, at Cambridge University, and Yale Law School. Aziz has clerked for the United Nations Special Envoy for Syria and served as a foreign policy advisor in the government of Justin Trudeau. He has held residencies at Yaddo and MacDowell and has written for The New York Times, The Atlantic, New York magazine, The Washington Post, The New Republic, and many other publications. He is currently a Radcliffe Fellow at Harvard University and lives in Cambridge, Massachusetts.  Brown Boy is his first book.
Loading...
or support indie stores by buying on