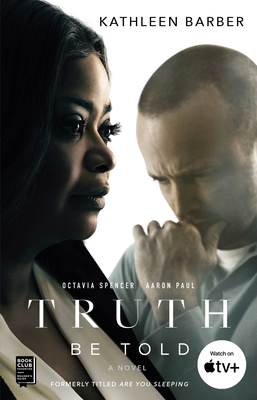 When investigative reporter Poppy Parnell sets off a media firestorm with a megahit podcast that reopens the long-closed case of Josie’s father’s murder, questioning whether the wrong person may be behind bars, Josie’s world begins to unravel. Meanwhile, the unexpected death of Josie’s long-absent mother forces her to return to her Midwestern hometown where she must confront the demons from her past—and the lies on which she has staked her future.

Kathleen Barber’s first novel, Truth Be Told (formerly titled Are You Sleeping), has been adapted for television by Reese Witherspoon’s Hello Sunshine. Kathleen was raised in Galesburg, Illinois, and is a graduate of the University of Illinois and Northwestern University School of Law. She lives in Washington, DC, with her husband and son. Follow Me is her second novel.
Loading...
or support indie stores by buying on