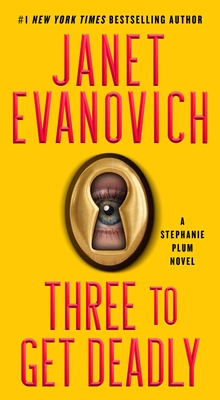 Three to Get Deadly

Stephanie is having a bad hair day—for the whole month of January. She’s looking for Mo Bedemier, Trenton’s most beloved citizen, who was charged with carrying a concealed weapon and skipped bail. To help her, she’s got Lula, a former hooker turned file clerk. Lula’s itching to lock up a crook in the trunk of her car. And Morelli, the cop with the slow-burning smile, is acting polite even after Stephanie finds more bodies than the Trenton PD has seen in years. That’s a bad sign for sure.

Featuring a feisty and funny heroine who “comes roaring in like a blast of very fresh air” (The Washington Post), Three to Get Deadly is fast-paced and entertaining suspense at its finest.