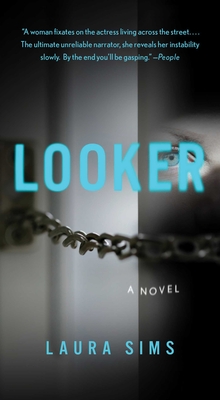 In this “wicked slow burn” (Entertainment Weekly) of psychological suspense, a woman becomes fixated on her neighbor—the actress.

As her fascination with her famous neighbor grows, the narrator’s hold on reality begins to slip. Before long, she’s collecting cast-off items from the actress’s stoop and fantasizing about sleeping with the actress’s husband. After a disastrous interaction with the actress at the annual block party, what began as an innocent preoccupation turns into a stunning—and irrevocable—unraveling.

A riveting portrait of obsession, Looker is “a sugarcoated poison pill of psychological terror” (The Wall Street Journal) and an immersive and darkly entertaining read—“by the end you’ll be gasping” (People).

Laura Sims lives outside of New York City with her family. Looker is her debut novel.
Loading...
or support indie stores by buying on