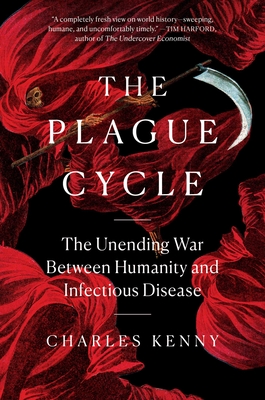 The Unending War Between Humanity and Infectious Disease

For four thousand years, the size and vitality of cities, economies, and empires were heavily determined by infection. Striking humanity in waves, the cycle of plagues set the tempo of civilizational growth and decline, since common response to the threat was exclusion—quarantining the sick or keeping them out. But the unprecedented hygiene and medical revolutions of the past two centuries have allowed humanity to free itself from the hold of epidemic cycles—resulting in an urbanized, globalized, and unimaginably wealthy world.

However, our development has lately become precarious. Climate and population fluctuations and aspects of our prosperity such as global trade have left us more vulnerable than ever to newly emerging plagues. Greater global cooperation toward sustainable health is urgently required—such as the international efforts to harvest a Covid-19 vaccine—with millions of lives and trillions of dollars at stake.

Written as colorful history, The Plague Cycle reveals the relationship between civilization, globalization, prosperity, and infectious disease over the past five millennia. It harnesses history, economics, and public health, and charts humanity’s remarkable progress, providing a fascinating and timely look at the cyclical nature of infectious disease.

Praise For The Plague Cycle: The Unending War Between Humanity and Infectious Disease…

A New Statesman Book of the Year

“In his fact-filled and alarming overview of major infectious diseases past and present, economist Kenny discusses sources and vectors of epidemics, the toll of suffering and death, progress in controlling communicable diseases, and persistent problems.”
—Booklist (starred review)

“Engaging… provides a grand historical view of the critical role that disease has played in shaping human behavior and societies.”
—Francis Fukuyama, author of The End of History and the Last Man

“The Plague Cycle is this year’s must read….If you want to understand the current COVID-19 crisis and be prepared for what is likely to come next, read this book.”
—Richard Florida, author of The Rise of the Creative Class

“An astute explication of our species’ battles with microbes since the dawn of human time. An optimist, Kenny argues that humanity has the tools to conquer infectious diseases.”
—Laurie Garrett, author of The Coming Plague

“Throughout history, infectious diseases have been defeated. Covid-19 will be defeated too. Charles Kenny’s brilliant The Plague Cycle is the book of the hour.”
—Gregg Easterbrook, author of It’s Better Than It Looks

“Compelling…Kenny reminds us that nothing unites us, or divides us, as powerfully as our infectious diseases.”
—Kyle Harper author of The Fate of Rome: Climate, Disease, and the End of an Empire

“Kenny has penned a concise, erudite, and highly readable narrative probing humanity's protracted and Malthusian battle against deadly pathogens from malaria and smallpox to cholera and Covid.”
—Timothy Winegard, author of The Mosquito: A Human History of Our Deadliest Predator

“Important, timely, and also gripping….Fit to stand beside William H. McNeill’s Plagues and Peoples.”
—David Wootton, author of Bad Medicine: Doctors Doing Harm Since Hippocrates and The Invention of Science

"The Plague Cycle stands in a long tradition of informative plagues-and-people books…A timely, lucid look at the role of pandemics in history."
—Kirkus Reviews

Charles Kenny is a writer-researcher at the Center for Global Development and has worked on policy reforms in global health as well as UN peacekeeping and combating international financial corruption. Previously, he spent fifteen years as an economist at the World Bank, travelling the planet from Baghdad and Kabul to Brasilia and Beijing. He is the author of The Plague Cycle: The Unending War Between Humanity and Infectious Disease, Getting Better: Why Global Development Is Succeeding and How We Can Improve the World Even More, and The Upside of Down: Why the Rise of the Rest Is Great for the West. He earned a history degree at Cambridge and has graduate degrees from Johns Hopkins, the School of Oriental and African Studies in London, and Cambridge.
Loading...
or support indie stores by buying on