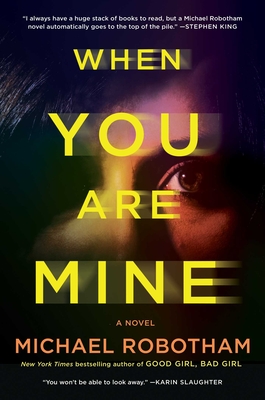 Praise For When You Are Mine: A Novel…

"[An] expertly paced first-person narrative. . . . Sidestepping all the clichés—the tough-girl humor is perfectly pitched and never overdone—the novel is as psychologically nuanced and emotionally engaging as it is suspenseful. . . . A flawless and compassionate psychological thriller." —Kirkus (starred review)

"An engaging first-person narrative with a surprise twist at the end." —Booklist