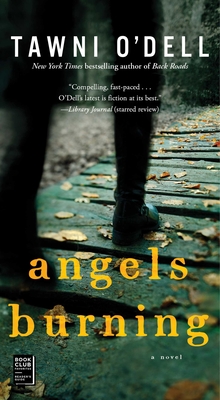 From the New York Times bestselling author of Back Roads, “a no-holds-barred, page-turning, perfectly crafted thriller” (Heather Gudenkauf, author of The Weight of Silence) following a small town police chief who’s forced to dig into her own shadowy past as she investigates the murder of a teenage girl.

On the surface, Chief Dove Carnahan is a true trailblazer who would do anything to protect the rural Pennsylvanian town where she has lived all fifty of her years. Traditional and proud of her blue-collar sensibilities, Dove is loved by her community—but she hides a dark and self-destructive streak, fed by a secret she has kept since she was sixteen.

When a girl is beaten to death and her body tossed down a fiery sinkhole in an abandoned coal town, Dove is faced with solving the most shocking crime of her law enforcement career. She identifies the girl as a member of a local family of petty criminals. To further complicate things, the man convicted of killing Dove’s mother is released from prison and reveals a startling accusation. Dove now must face the chilling parallels between her own family’s trauma and that of the dead girl’s.

“A darkly compelling look into how the past colors the present, this psychological thriller will linger” (RT Book Reviews) with you long after you turn the final page.