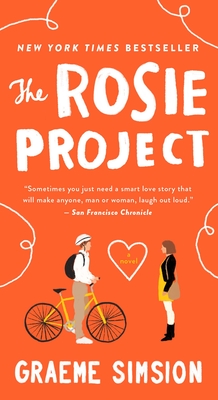 Arrestingly endearing and entirely unconventional, Graeme Simsion’s distinctive debut “navigates the choppy waters of adult relationships, both romantic and platonic, with a fresh take” (USA TODAY). “Filled with humor and plenty of heart, The Rosie Project is a delightful reminder that all of us, no matter how we’re wired, just want to fit in” (Chicago Tribune).

Graeme Simsion is the internationally bestselling author of The Rosie Project, The Rosie Effect, and The Rosie Result, featuring Professor Don Tillman, as well as The Best of Adam Sharp and, with Anne Buist, Two Steps Forward. Graeme lives in Australia.
Loading...
or support indie stores by buying on