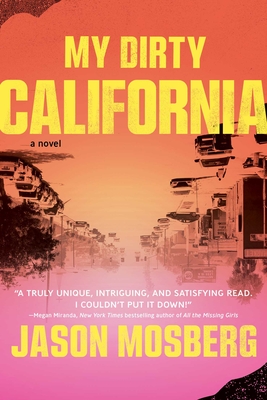 In this literary thriller, a young man descends into the Los Angeles underworld to find his family’s killer—aided by a group of strangers with their own shadowy pasts.

When Marty returns to Pennsylvania after living in California for ten years, he’s happily welcomed by his father and older brother, Jody. The joyful reunion is short-lived. Two days later, Jody enters the house to find his father and Marty shot dead as their masked killer flees out the back door. Without any answers from the local police, Jody heads to Los Angeles looking for who murdered his family and why.

Soon, he finds a trove of strange videos recorded by his brother that leads him into the city’s most dangerous corners, where he comes up against drug dealers, crooked cops, surf gangs, and black-market profiteers. As his investigation expands, it also intersects with Pen, a documentary filmmaker who suspects humanity is living in a simulation and that her missing father found a portal to escape; Renata, an undocumented immigrant who might have evidence to support Pen’s theory; and Tiph, a young mother whose desperate efforts to support her only child via a stolen art stash could prove the key to answering all these mysteries.

My Dirty California is a cinematic, suspenseful, intricately plotted thriller that explores the darker side of the glamorous Golden State.

Praise For My Dirty California…

"Compelling and surprising. Jason Mosberg intricately weaves several mysteries together in this captivating literary thriller. A truly unique, intriguing, and satisfying read. I couldn’t put it down!" —Megan Miranda, New York Times bestselling author of All the Missing Girls and The Last House Guest

Jason Mosberg works as a screenwriter and TV creator in Los Angeles. He is the creator of the CBS All Access series One Dollar.
Loading...
or support indie stores by buying on