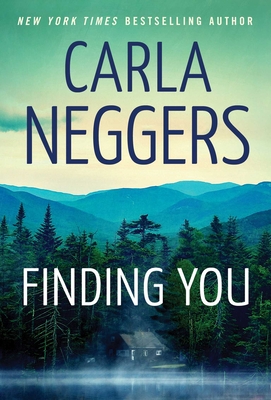 Vermont newspaper editor Cozie Hawthorne is astounded by the money she makes when her essay collection becomes a bestseller. But she has no plans to let the success go to her head. She’s more than content to keep her rusted Jeep and live in an old house that seems to attract more bats than men.

Daniel Foxworth, renegade son of the Texas oil Foxworths, specializes in putting out chemical fires. At least he did until someone sabotaged his helicopter and almost killed him. The prime suspect is Cozie’s brother and evidence is piling up as fast as the attraction is growing between Daniel and Cozie. When she finds out that the sexy Texan is out to prove her brother’s guilt, Cozie is determined to find out who’s really after Daniel. But as danger mounts, Daniel faces an even greater challenge: winning Cozie’s trust...before someone ends up dead.

Carla Neggers is the New York Times bestselling author of more than seventy-five novels, including her popular Sharpe & Donovan and Swift River Valley series. Her books have been translated into dozens of languages and sold in over thirty-five countries. Carla is a founding member of the New England Chapter of Romance Writers of America and has served as vice president of International Thriller Writers and president of Novelists, Inc. She has received multiple awards for her writing and is a recipient of the RT Book Reviews Career Achievement Award for romantic suspense. She and her husband divide their time between Boston, home to their two grown children and three young grandchildren, and their hilltop home in Vermont.
Loading...
or support indie stores by buying on