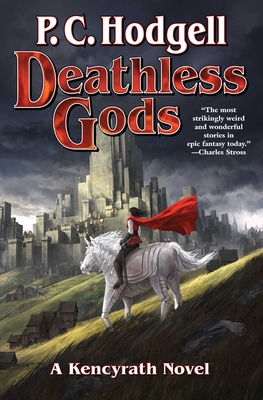 Jamethiel Knorth, Priest's Bane and Dream-Weaver, has returned victorious from Tai-tastigon, but trouble dogs the Kencyrath.

There is intrigue among the Highborn. The Randir and his allies want the larger houses to decide for all nine, which would strip the Highlordship from the Knorth. At Omiroth, a senile king struggles against his venal son-in-law—but if neither of these can rule, the next in line is a mother-dominated child. Kindrie Soul-Walker is captured and thrown in a secret dungeon, a political prisoner. And a Kendar administrator, dissatisfied with the use that Jame is making of the gates, schemes against her, and then against her house and her brother, Torisen Black Lord, Highlord of the Kencyrath.

While Tori defends Gothregor and Kindrie rots a secret captive, Jame rides south to Bashti. Here she confronts an unready and presumptuous heir, a withholding and manipulative paymaster, and invisible assassins. Her formal errand, meanwhile, is to compete in martial games with secret stakes—which she fears are a cloak for a massacre, or worse.

About Deathless Gods:
"Hodgell’s intricate web requires careful reading—and extensive knowledge of the previous books—to follow, but the author repays her fans with a saga that flows neatly between the mythic and the mundane. There’s plenty of life left in this series."—Publishers Weekly

“Hodgell has crafted an . . . intricate fantasy with humor, tragedy, and a capable and charming female hero.”—Library Journal

"There's a joyful creativity to Hodgell's writing... some of the best fantasy novels of the last 30 years."—Black Gate

P.C. Hodgell earned her doctorate at the University of Minnesota with a dissertation on Sir Walter Scott's Ivanhoe, and is a graduate of both the Clarion and the Milford Writers Workshops. Recently retired, she was a lecturer at the University of Wisconsin-Oshkosh in modern British literature and composition, and teaches an online course on science fiction and fantasy for the University of Minnesota. Hodgell lives in her family’s ancestral nineteenth-century wood-framed house in Oshkosh, Wisconsin.
Loading...
or support indie stores by buying on