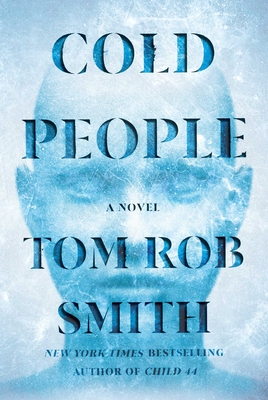 From the brilliant, bestselling author of Child 44 comes a suspenseful and fast-paced novel about an Antarctic colony of global apocalypse survivors seeking to reinvent civilization under the most extreme conditions imaginable.

The world has fallen. Without warning, a mysterious and omnipotent force has claimed the planet for their own. There are no negotiations, no demands, no reasons given for their actions. All they have is a message: humanity has thirty days to reach the one place on Earth where they will be allowed to exist…Antarctica.

Cold People follows the perilous journeys of a handful of those who endure the frantic exodus to the most extreme environment on the planet. But their goal is not merely to survive the present. Because as they cling to life on the ice, the remnants of their past swept away, they must also confront the urgent challenge: can they change and evolve rapidly enough to ensure humanity’s future? Can they build a new society in the sub-zero cold?

Original and imaginative, as profoundly intimate as it is grand in scope, Cold People is a masterful and unforgettable epic.

"Cold People is a vastly ambitious novel, tackling the weightiest questions of our time in a form that rarely loses the tension of a thriller, despite the complexity of its subject matter." --The Observer (UK)

“A brilliantly conceived postapocalyptic story that tackles a well-worn subject (a desperate race to save humanity) from a new and absolutely captivating angle. Smith’s near-future world is wonderfully imaginative and rigorously detailed, the kind of made-up place that feels viscerally real. A real treat.” --Booklist (starred review)

“Spellbinding . . .  suspenseful . . . In flawlessly precise prose, Smith’s latest combines a number of electrifying sci-fi set pieces with a breathtaking insight into the human instinct to love life and each other, no matter the cost. A speculative masterpiece that will resonate with fans of Emily St. John Mandel, Kazuo Ishiguro, and Jeff VanderMeer.”  --Library Journal (starred review)

"What lines, if any, shouldn’t be crossed to save humanity from extinction? That question is at the heart of this stunning postapocalyptic thriller. . . . Smith, the author of brilliant historical and psychological suspense novels, shows his range is even broader in this triumph of imagination and empathy." --Publishers Weekly (starred review)

"A powerful new post-apocalyptic thriller in which survivors band together and venture to the Antarctic in search of a way for humanity to start over. Tom Rob Smith handles the dystopian suspense with grace and insight." --CrimeReads, Most Anticipated Books of 2023

“Phenomenally imagined, intricately woven, and masterfully brought to life. It’s so descriptive that rarely have I read a book where I’ve felt I am living side by side with the characters. As a writer, Smith really is one of a kind.” --John Marrs, author of The One

Tom Rob Smith is the author of the acclaimed Child 44 trilogy. Child 44 itself was a global publishing sensation, selling over two million copies. It was longlisted for the Man Booker Prize, shortlisted for the Costa First Novel Prize and won the CWA Steel Dagger Award. His most recent novel, The Farm, was a Number One international bestseller. Tom also writes for television and won a Writer's Guild Award for best adapted series and an Emmy and Golden Globe for best limited series with American Crime Story: The Assassination of Gianni Versace.
Loading...
or support indie stores by buying on