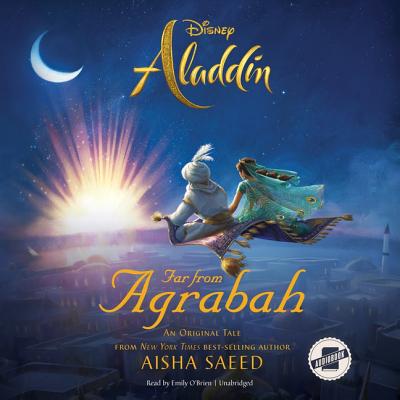 One magic carpet ride to a mysterious land, one unforgettable adventure ...

Princess Jasmine has always wanted more out of her life--to travel beyond the palace walls, to get to know her people better ... to one day become sultana and lead Agrabah. Unfortunately, her overprotective father does not agree. And he keeps introducing her to foreign princes, including a strange--if admittedly charming--one named Ali.

Prince Ali has a secret. He's not actually royalty from the far-off kingdom of "Ababwa," as he's claimed to be. He's really Aladdin from the streets of Agrabah, who's stumbled upon an all-powerful genie and a magic carpet and used the first of three wishes to become a prince. Because he, too, longs for a different life.

And when "Prince Ali" presents the magic carpet to Princess Jasmine, she agrees to embark on a journey with him ... and asks that he take her to his homeland, Ababwa.

On an adventure in a fantastical kingdom, Aladdin and Jasmine get caught up in the magic therein. But soon sinister outside forces come into play, threatening to strand them there forever.

Will they learn from legends past? Or will the alluring promise of a path to a new life get the best of them?