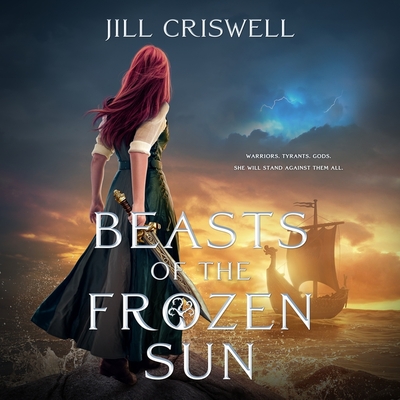 Beasts of the Frozen Sun Lib/E

Burn brightly. Love fiercely. For all else is dust.

Every child of Glasnith learns the last words of Aillira, the god-gifted mortal whose doomed love affair sparked a war of gods and men, and Lira of clan Stone knows the story better than most. As a descendant of Aillira and god-gifted in her own right, she has the power to read people's souls, to see someone's true essence with only a touch of her hand.

When a golden-haired warrior washes up on the shores of her homeland--one of the fearful marauders from the land of the Frozen Sun--Lira helps the wounded man instead of turning him in. After reading his soul, she realizes Reyker is different than his brethren who attack the coasts of Glasnith. He confides in her that he's been cursed with what his people call battle-madness, forced to fight for the warlord known as the Dragon, a powerful tyrant determined to reignite the ancient war that Aillira started.

As Lira and Reyker form a bond forbidden by both their clans, the wrath of the Dragon falls upon them and all of Glasnith, and Lira finds herself facing the same tragic fate as her ancestor. The battle for Lira's life, for Reyker's soul, and for their peoples' freedom has only just begun ...