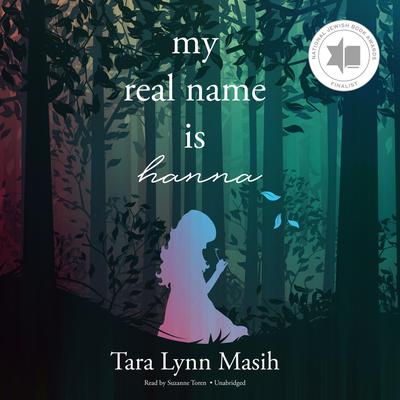 Inspired by real Holocaust events, this poignant debut novel is a powerful coming-of-age story that will resonate with fans of The Book Thief and Between Shades of Gray.

Hanna Slivka is on the cusp of fourteen when Hitler’s army crosses the border into Soviet-occupied Ukraine. Soon, the Gestapo closes in, determined to make the shtetele she lives in “free of Jews.” Until the German occupation, Hanna spent her time exploring Kwasova with her younger siblings, admiring the drawings of the handsome Leon Stadnick, and helping her neighbor dye decorative pysanky eggs. But now she, Leon, and their families are forced to flee and hide in the forest outside their shtetele—and then in the dark caves beneath the rolling meadows, rumored to harbor evil spirits.

Underground, they battle sickness and starvation, while the hunt continues above. When Hanna’s father disappears, suddenly it’s up to Hanna to find him—and to find a way to keep the rest of her family, and friends, alive.

Sparse, resonant, and lyrical, weaving in tales of Jewish and Ukrainian folklore, My Real Name Is Hanna celebrates the sustaining bonds of family, the beauty of a helping hand, and the tenacity of the human spirit.

Tara Lynn Masih is an editor, and the author of the critically acclaimed short story collection, Where the Dog Star Never Glows. In addition to other collections, her flash fiction has been anthologized in several collections. She is founding series editor for The Best Small Fictions annual anthology and splits her time between Massachusetts and Florida.