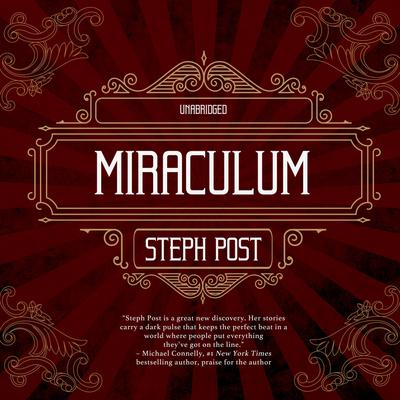 The year is 1922. The carnival is Pontilliar's Spectactular Star Light Miraculum, set up on the Texas-Louisiana border. One blazing summer night, a mysterious stranger steps out onto the midway, lights a cigarette, and forever changes the world around him.

Tattooed snake charmer Ruby has traveled with her father's carnival for most of her life and, jaded though she is, can't help but be drawn to the tall man in the immaculate black suit who has joined the carnival as a geek, a man who bites the heads off live chickens. Mercurial and charismatic, Daniel charms everyone he encounters, but his manipulation of Ruby becomes complicated when it no longer becomes clear who is holding all the cards. For all of Daniel's secrets, Ruby has a few of her own.

When one tragedy after another strikes the carnival, and it becomes clear that Daniel is somehow at the center of calamity, Ruby takes it upon herself to discover the mystery of the shadowy man pulling all the strings. Joined by Hayden, a roughneck turned mural painter who has recently reentered her life, Ruby enters into a dangerous, eye-opening game with Daniel in which nothing and no one is as it seems and yet everything is at stake.

Steph Post is the author of three acclaimed novels: A Tree Born Crooked, a semifinalist for the Big Moose Prize, and two novels featuring Judah Cannon: Lightwood and Walk in the Fire. Her short story "The Pallid Mask" has been nominated for a Pushcart Prize. She isthe writing coach at Howard W. Blake High School in Tampa, Florida.