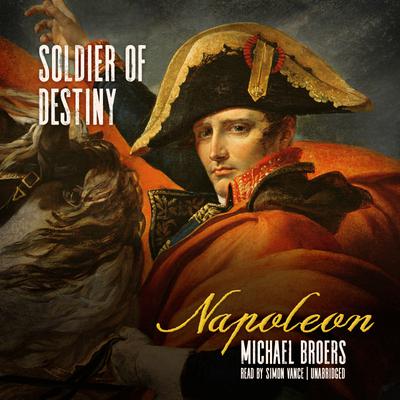 All previous lives of Napoleon have relied more on the memoirs of others than on his own uncensored words. This is the first life of Napoleon, in any language, that makes full use of his newly released personal correspondence compiled by the Napoleon Foundation in Paris.

Michael Broers' biography draws on the thoughts of Napoleon himself as his incomparable life unfolded. It reveals a man of intense emotion, but also of iron self-discipline; of acute intelligence and immeasurable energy. Tracing his life from its dangerous Corsican roots, through his rejection of his early identity, and the dangerous military encounters of his early career, it tells the story of the sheer determination, ruthlessness, and careful calculation that won him the precarious mastery of Europe by 1807. After the epic battles of Austerlitz, Jena, and Friedland, France was the dominant land power on the continent.

Here is the first biography of Napoleon in which this brilliant, violent leader is evoked to give the listener a full, dramatic, and all-encompassing portrait.

Michael Broers is Professor of Western European History at Oxford University. He is the author of The Napoleonic Empire in Italy, 1796-1814, winner of the Grand Prix Napoleon Prize, and Napoleon: Soldier of Destiny. He lives in Oxford, England.