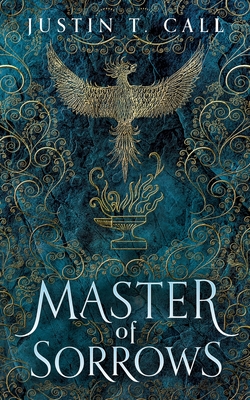 You've heard the story before: an orphaned boy, raised by a wise old man, comes to a fuller knowledge of his magic and uses it to fight the great evil threatening his world.

But what if that hero were destined to become the new dark lord?

The Academy of Chaenbalu has stood against magic for centuries. Hidden from the world, acting from the shadows, it trains its students to detect and retrieve magic artifacts, which it jealously guards from the misuse of others. Because magic is dangerous: something that heals can also harm, and a power that aids one person may destroy another.

Of the academy's many students, only the most skilled can become avatars--warrior thieves, capable of infiltrating the most heavily guarded vaults--and only the most determined can be trusted to resist the lure of magic. More than anything, Annev de Breth wants to become one of them.

But Annev carries a secret. Unlike his classmates who were stolen as infants from the capital city, Annev was born in the village of Chaenbalu, was believed to be executed, and then unknowingly raised by his parents' killers. Seventeen years later, he struggles with the burdens of a forbidden magic, a forgotten heritage, and a secret deformity. When Annev is subsequently caught between the warring ideologies of his priestly mentor and the Academy's masters, he must finally decide whether to accept the truth of who he really is ... or embrace the darker truth of what he may one day become.