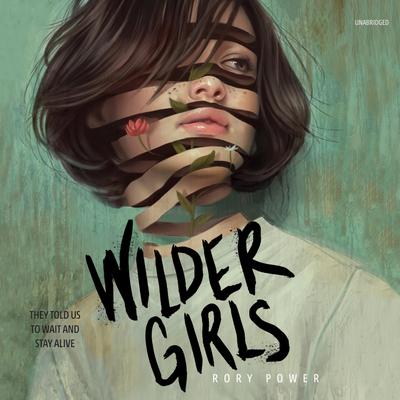 “Set at a girls boarding school off the coast of Maine, Wilder Girls explores the lengths to which a group of teen girls will go to survive their own mutating bodies and the vicious wilderness on the island where they are quarantined due to a mysterious contagion called the Tox. Unapologetically brutal, this feminist horror story is both a mystery unraveling and an action-packed thriller, showing humanity’s desperation as the girls try to survive and save those they love most. A stunning debut by a powerful new voice.”
— Hanna Yost, Northshire Saratoga, Saratoga Springs, NY
View the List

A feminist Lord of the Flies about three best friends living in quarantine at their island boarding school and the lengths they go to uncover the truth of their confinement when one disappears, this fresh new debut is a mind-bending novel unlike anything you’ve read before.

It’s been eighteen months since the Raxter School for Girls was put under quarantine, since the Tox hit and pulled Hetty’s life out from under her.

It started slow. First the teachers died, one by one. Then it began to infect the students, turning their bodies strange and foreign. Now, cut off from the rest of the world and left to fend for themselves on their island home, the girls don’t dare wander outside the school’s fence, where the Tox has made the woods wild and dangerous. They wait for the cure they were promised as the Tox seeps into everything.

But when Byatt goes missing, Hetty will do anything to find her, even if it means breaking quarantine and braving the horrors that lie beyond the fence. And when she does, Hetty learns that there’s more to their story, to their life at Raxter, than she could have ever thought true.

Rory Power grew up in the Boston area, where she lives and works as a crime fiction editor and story consultant for television adaptation. She received a master's degree in prose fiction from the University of East Anglia, and thinks fondly of her time there, partially because she learned a lot but mostly because there were a ton of bunnies on campus.