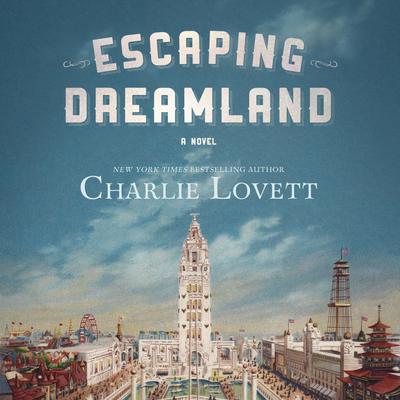 Robert Parrish’s childhood obsession with series books like the Hardy Boys and Tom Swift inspired him to become an author. Just as his debut novel becomes a bestseller, his relationship with his girlfriend, Rebecca, begins to fall apart. Robert realizes he must confront his secret demons by fulfilling a youthful promise to solve a mystery surrounding his favorite series—the Tremendous Trio.

Guided by twelve tattered books and an unidentified but tantalizing fragment of a story, Robert journeys into the history of the books that changed his life, hoping they can help him once again. His odyssey takes him to 1906 Manhattan, a time of steamboats, boot blacks, and Fifth Avenue mansions, but every discovery he makes only leads to more questions.

Robert’s quest intertwines with the stories of three young people trying to define their places in the world at the dawn of a new and exciting century. Magda, Gene, and Tom not only write the children’s books that Robert will one day love, together they explore the vibrant city on their doorstep, from the Polo Grounds to Coney Island’s Dreamland, drawing the reader into the Gilded Age as their own friendships deepen.

The connections between the authors, their creations, and Robert’s redemptive journey make for a beautifully crafted novel that is an ode to the children’s series books of our past, to New York City, and above all, to the power of love and friendship.

Charlie Lovett is an award-winning playwright and author of New York Times bestseller The Bookman’s Tale and other novels. His plays for children have been seen in over five thousand productions worldwide. A former antiquarian bookseller, he collects books and memorabilia related to Lewis Carroll and Alice in Wonderland and has written extensively on Carroll. He hosts the literary podcast Inside the Writer’s Studio. Charlie and his wife, Janice, live in Winston-Salem, North Carolina, and in Kingham, Oxfordshire.