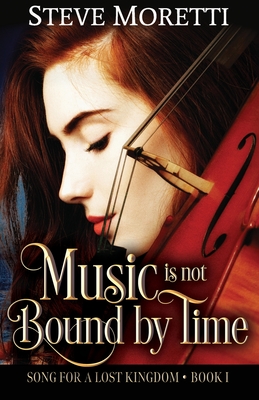 Song for a Lost Kingdom, Book I

A gifted musician, a priceless cello, and a love worth risking everything. A time-travel fantasy powered by music.

Even as a rebellious child, Adeena dreamed of becoming a professional cellist. Driven to perform and to compose, she forsakes almost everything else, sabotaging relationships at the altar of her quest for musical perfection.

But after yet another failed audition, she's had enough. It is time to let go of her dream and get a real life. And then, a new hope arrives from her dying grandmother in Scotland - a lost music score written by an unknown composer in the 18th century.

When Adeena gets an opportunity to perform the lost score on the Duncan Cello, the oldest cello ever created in the United Kingdom, time transforms around her.

She is connected to Katharine, a young cellist living in 1745 Scotland. Both women are attracted to the Duke of Perth, James Drummond, a man history records as doomed to die the following year after the Battle of Culloden.

In Music is Not Bound by Time, the first book in the Song for a Lost Kingdom trilogy, the power of music transcends the limitations of the ordinary world for those who listen through their heart.

A fantasy that will sweep you away. Time travel powered by music.

★★★★★ "The most soul-stirring part of the book is the music itself. The world of musical instruments, of musicians and of haunting melodies came alive for me." - Read Write Live

★★★★★ "This is one of the best fantasy fiction books that I have ever read Not just Adeena, even I felt transported to the magical and mystical world." - The Book Decoder