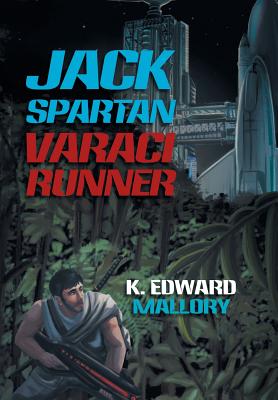 The twelfth mission of the new Advanced Space Shuttle program begins without a hitch but something goes horribly wrong as the shuttle vanishes at T+15 minutes after launch. The second in command pilot Jack Spartan awakens in the wreckage of the shuttle Victory only to find himself in a horrifying survival situation. His crew and Victory are gone but he is somehow alive in the bowels of a gargantuan space freighter. Captured by the space freighter's crew he is unable to communicate with them so he is deemed a stowaway and is sold into conscript slavery. He must use every bit of his intellect, military training and martial art skills to survive the deadly challenges he encounters. How will he escape his fraudulent conscript sentence? How will he survive the planet's vicious terraformed jungles and vast deserts and rescue the friends he had to leave behind? Written for those who crave a degree of technical and scientific realism as well as for your average sci-fi reader, Jack Spartan Varaci Runner is based on plausible scientific and engineering theory.

K. Edward Mallory is a retired airline captain and former Air Force instructor pilot. He lives in Elizabeth, CO with his wife and daughters. His hobbies include rebuilding airplanes, Krav Maga martial arts and most outdoor adventures. He enjoyed sci-fi as a youth but got bored with it as life became more technical and interesting than what was offered in the sci-fi genre. He hopes readers might enjoy a good sci-fi story with a bit more technical depth than the usual generic sci-fi choices.
Loading...
or support indie stores by buying on