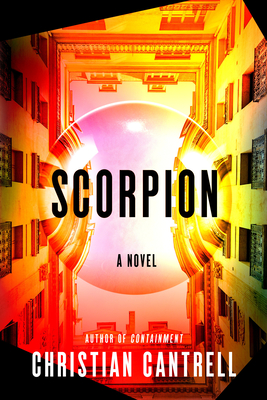 “An exceptional, fast-paced thriller featuring a tech-empowered assassin whose pattern and objective you’ve never seen before, chased by a heroine with tenacious grit.”—David Brin, author of The Postman and Existence

Quinn Mitchell is a nine-to-five spy—an intelligence analyst for the CIA during the day, and a suburban wife and mother on evenings and weekends. After her young daughter is killed in a tragic accident, sending her life into a tailspin, Quinn hopes to find a new start in her latest assignment: investigating a series of bizarre international assassinations whose victims have been found with numeric codes tattooed, burned, or carved into their flesh. As Quinn follows the killer’s trail across the globe, always one body behind, she begins uncovering disturbing connections between the murders—and herself.

Every lead she tracks down in pursuit of the assassin brings Quinn one step closer to the Epoch Index, a mysterious encrypted message discovered in the archives of the Large Hadron Collider. Its origins are unknown and decrypting it is beyond even the CIA. Yet nothing else can possibly link together a slew of unsolvable murders, an enigmatic and sophisticated serial killer who always seems to be three steps ahead, a quirky young physics prodigy whose knowledge extends well beyond her years, and, underlying everything, the inescapable tragedy of Quinn’s own past. Discovering the meaning of the Epoch Index leads Quinn to a shocking twist that shatters everything she thought she knew about the past, the future, and the delicate balance of right and wrong that she must now fight to preserve.

Praise For Scorpion: A Novel…

“Written with a unique blend of vim and wit, Scorpion is a cat-and-mouse, edge-of-your-seat, mind-blowing speculative techno thriller with a killer twist! Perfect for fans of Philip K. Dick and Richard K. Morgan.”—Diane Jeffrey, bestselling author of The Silent Friend

“[Scorpion] takes place in an only slightly futuristic world that snaps and bristles with technological capabilities that may seem distant or improbable but which are in fact just around the corner . . . There’s snappy dialogue, sharp observation, and compelling characters in Quinn, Ranveer, and Henrietta; the technology sings, the physics is plausibly presented, and the suggestion of time travel fascinates . . . A fast, fun, and intelligent SF thriller.”—Kirkus Reviews (starred review)

“This stunning near-future thriller from Cantrell takes some truly breathtaking turns. . . . Cantrell’s drolly caustic prose encourages readers to care about the characters, even as the many surprises make it dangerous to get close to any one of them. The result is as entertaining as it is intellectually and ethically challenging.”—Publishers Weekly (starred review)

Christian Cantrell is a software engineer living outside of Washington, D.C. He is the author of the novels Containment, Kingmaker, and Equinox, as well as several short works of speculative fiction, three of which have been optioned for film or TV.
Loading...
or support indie stores by buying on