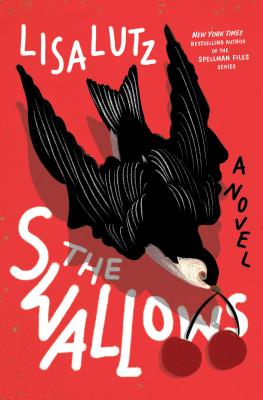 “Riveting . . . full of imagination and power.”—Caroline Kepnes, author of You and Providence

Praise for The Swallows

“The Swallows is fast-moving, darkly humorous and at times shockingly vicious. The battle of the sexes within its pages couldn’t be more compelling. . . . Lutz delivers a frantic, morbidly funny story.”—BookPage

“A decade before the #MeToo movement kicks off in full force, women are coming for the patriarchy in this big ol’ novel, ripe with idiosyncratic characterization and memorable scenes.”—Refinery29

Praise For The Swallows: A Novel…

“In her witty and charming style, Lutz offers a genre-busting work of fiction that will satisfy readers looking for a seriously engaging read. The story itself is disturbingly plausible, and the humanly flawed characters make choices, good and bad, based on their backgrounds, all blending smoothly into a darkly comedic mystery. . . . This novel keeps readers on the edge of their seats while opening a conversation about public shaming, economic privilege, gender inequity, and revenge versus justice.”—Booklist (starred review)

“It's the era of #MeToo, and literature is beginning to reflect that in a big way. In Lisa Lutz’s The Swallows, a prep school teacher ignites a gender war when she begins the question the institution's overpowering ‘boys will be boys’ mentality. She soon learns that starting a revolution and threatening the status quo comes with steep consequences.”—Bustle

“A new teacher at a ritzy New England prep school ignites a fierce battle between the male and female students that ends with revenge, threats, and a fatality. So, just another average day in high school . . . just kidding.”—PopSugar

“The latest campus novel teetering between thriller and satire, Lutz’s book throws readers into the drama of a New England prep school, where one inscrutable new teacher brings about ideas that ignite a deadly gender-war.”—Entertainment Weekly

“Liza Lutz is a treasure. Her Spellman Files series manages to be both charming and shrewd, and The Swallows promises to follow suit—it looks witty and caustic, winsome and clever. It’s also, and this is a classic Lutz move, a fresh, unique spin on a genre that already has been reworked a million times. . . . Lutz, searing as ever . . . illuminate[s] how various institutions excuse the oppression or silencing of women and girls.”—CrimeReads

“[Lutz] takes no prisoners. . . . She builds her plot cannily and walks a neat line between satire and realism [in a] withering portrayal of how the #MeToo movement plays out in this rarefied setting.”—Publishers Weekly

“Lutz draws on the droll humor and idiosyncratic characterizations that make her Spellman novels so appealing. . . . An offbeat, darkly witty pre-#MeToo revenge tale. The patriarchy doesn’t stand a chance.”—Kirkus Reviews

“With a memorable cast of characters and more than a few secrets, Lutz’s latest is a turbocharged tale for our times.”—Newsweek

“Extraordinarily fun and blood pressure-raising . . .  The Swallows goes surprising places (axes are employed) and isn’t afraid to let everyone roll around in the muck—though some characters come out smelling sweeter than others.”—Vulture

“Wes Anderson meets Muriel Spark in this delicius and vicious bayyle of the sexes set within a private school. Wickedly fun and wildly subversive but packing an emotional punch, The Swallows is as powerful as it is timely.”—Nationally bestselling author Megan Abbott

“Sharpen your axes, ladies, and get ready for this fierce, fun, unsparing novel of female rage, power, and friendship.”—Camille Perri, author of The Assistants and When Katie Met Cassidy

“I devoured The Swallows. You’ll laugh out loud even as you anxiously flip the pages.”—New York Times bestselling author Tess Gerritsen

Lisa Lutz is the New York Times bestselling, Alex Award–winning author of the Spellman Files series, as well as the novels Heads You Lose (with David Hayward), How to Start a Fire, and The Passenger. She has also written for film and TV, including HBO’s The Deuce. She lives part-time in New York’s Hudson Valley.
Loading...
or
Not Currently Available for Direct Purchase