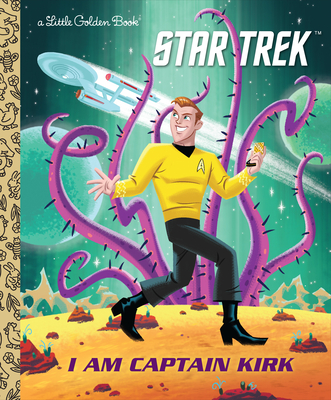 Boldly go where no one has gone before with this first-ever Star Trek(TM) Little Golden Book--featuring Captain James T. Kirk!

Whether making strange new discoveries at the farthest reaches of the galaxy or facing off against Klingons and other alien races, find out what makes Captain James T. Kirk the most famous starship captain ever. Star Trek fans of all ages will love this action-packed Little Golden Book featuring Captain Kirk and the crew of the USS Enterprise from the classic TV series in a unique retro art style!

Ethen Beavers is an illustrator and comic book artist from Modesto, California. He has illustrated several comic book series and has amassed a cult following for his cutting-edge, action-packed images. He has worked with Warner Bros., the Cartoon Network, and George Lucas. His works include Bad Weather!, Batman!, and The Call of Kur.
Loading...
or support indie stores by buying on