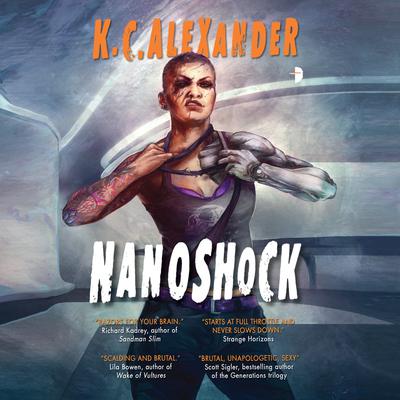 By K C Alexander, A. B. Kovacs (Narrator)

Cyberpunk fallen angel Riko is back, in KC Alexander's outrageous sequel to the savage Necrotech.

Being a mercenary isn't all it's cracked up to be. Especially when Riko's hard-won reputation has taken a hard dive into fucked. Now she's fair game for every Tom, Dick and Blow looking to score some cred.

In this city, credibility means everything - there's no room for excuses. She still doesn't know what she did to screw up so badly, and chasing every gone-cold lead is only making it worse. Without help and losing ground fast, Riko has a choice: break every rule of the street on her search for answers... or die trying.

She champions mental health awareness and prefers animals to people. And she writes anything she wants to.