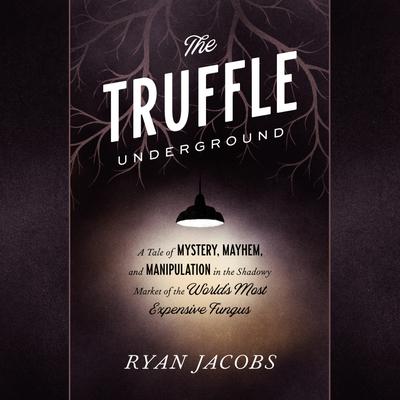 A Tale of Mystery, Mayhem, and Manipulation in the Shadowy Market of the World's Most Expensive Fungus

“The ultimate truffle true crime tale”*: A thrilling journey through the hidden underworld of the world's most prized luxury ingredient.

Beneath the gloss of star chefs and crystal-laden tables, the truffle supply chain is touched by theft, secrecy, sabotage, and fraud. Farmers patrol their fields with rifles and fear losing trade secrets to spies. Hunters plant poisoned meatballs to eliminate rival truffle-hunting dogs. Naive buyers and even knowledgeable experts are duped by liars and counterfeits.

Deeply reported and elegantly written, this page-turning exposé documents the dark, sometimes deadly crimes at each level of the truffle’s path from ground to plate, making sense of an industry that traffics in scarcity, seduction, and cash. Through it all, a question lingers: What, other than money, draws people to these dirt-covered jewels?

Praise for The Truffle Underground

“In The Truffle Underground, Ryan Jacobs presents a lively exposé of the truffle industry, reporting on the crimes that ‘haunt the whole supply chain.’ . . . Even if truffles are beyond your pay grade, there is plenty of enjoyment to be had in the sheer devilment portrayed in this informative and appetizing book.”—The Wall Street Journal

“You’ll never look at truffle fries the same way after reading this book. . . .  You can practically smell the soil as you follow truffle farmers and bandits through the groves and fields of France and Italy where the fungi are harvested and stolen.”—Outside, “Five Favorite Summer Reads”

“Jacobs takes us on an eye-opening journey through the prized mushroom’s supply chain and the global black market for these tubers in this tale of theft, deceit, and high-stakes secrets.”—Real Simple

RYAN JACOBS is an investigative reporter and senior editor at Pacific Standard. He has previously held positions at Mother Jones, Sierra, and The Atlantic. While at The Atlantic, Jacobs's article profiling the truffle underworld went viral and became one of the most-viewed articles of 2014.