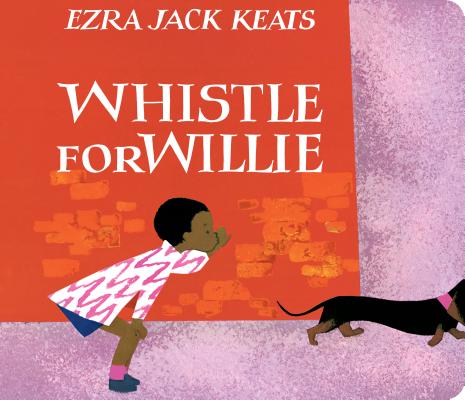 Since it was first published in 1964, Whistle for Willie has delighted millions of young readers with its simple writing and its striking collage artwork depicting the story of Peter, who longs to whistle for his dog. The New York Times wrote: "Mr. Keats's illustrations boldly, colorfully capture the child, his city world, and the shimmering heat of a summer's day."

Ezra Jack Keats (1916–1983) is the Caldecott Medal winning author of The Snowy Day, which broke ground in 1962 as one of the first picture books for young children to portray a realistic, multi-cultural urban setting. Since its initial publication, The Snowy Day has come to be regarded as both a children’s classic and one of the most important picture books ever written/illustrated. Ezra Jack Keats’ legacy lives on in the popularity of his most famous character, Peter—the star of The Snowy Day, Whistle for Willie, Peter's Chair, A Letter to Amy, Goggles, and others. Visit the Ezra Jack Keats Foundation online at www.ezra-jack-keats.org
Loading...
or
Not Currently Available for Direct Purchase