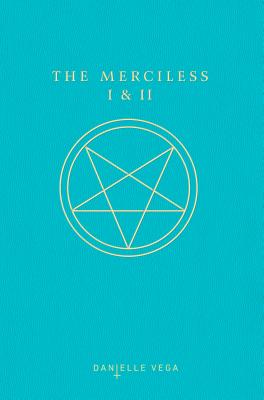 The Merciless I & II

Sofia Flores should have known better.

In The Merciless, Sofia found herself friendless and lonely in a new school. She jumped at the chance to join pretty, popular Riley's clique of good girls. They told her they needed Sofia's help. Their former friend Brooklyn was going down a dark path and it was up to them to save her.

What happened that night changed Sofia. After, she was plagued by visions of blood and chains. Brooklyn's screams. Her own narrow escape.

Sofia hoped for a fresh start and in The Merciless II, she got her wish. When her mother died, Sofia was sent to St. Mary's, a Catholic boarding school where she planned to put her past behind her.

A new love named Jude looked like her chance at redemption. But when Sofia opened up to him about her past, Jude became convinced that they should find a way to save her soul...

The first two books in the Merciless series will have you up all night, wondering: Is there evil in all of us?

Danielle Vega spent her childhood hiding under the covers while her mother retold tales from the pages of Stephen King novels. Now an adult, she can count on one hand the number of times in her life she's been afraid. Danielle is the author of the Merciless series and Survive the Night. Follow her @dvegabooks.
Loading...
or
Not Currently Available for Direct Purchase