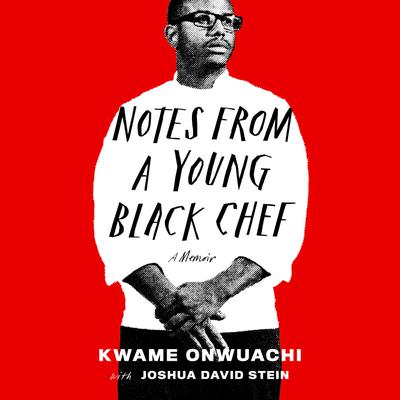 By the time he was twenty-seven years old, Kwame Onwuachi had opened—and closed—one of the most talked about restaurants in America. He had launched his own catering company with twenty thousand dollars that he made from selling candy on the subway, yet he’d been told he would never make it on television because his cooking wasn’t “Southern” enough. In this inspiring memoir about the intersection of race, fame, and food, he shares the remarkable story of his culinary coming-of-age.

Growing up in the Bronx, as a boy Onwuachi was sent to rural Nigeria by his mother to “learn respect.” However, the hard-won knowledge gained in Africa was not enough to keep him from the temptation and easy money of the streets when he returned home. But through food, he broke out of a dangerous downward spiral, embarking on a new beginning at the bottom of the culinary food chain as a chef on board a Deepwater Horizon cleanup ship, before going on to train in the kitchens of some of the most acclaimed restaurants in the country and appearing as a contestant on Top Chef.

Onwuachi’s love of food and cooking remained a constant throughout, even when he found the road to success riddled with potholes. As a young chef, he was forced to grapple with just how unwelcoming the world of fine dining can be for people of color, and his first restaurant, the culmination of years of planning, shuttered just months after opening. A powerful, heartfelt, and shockingly honest story of chasing your dreams—even when they don’t turn out as you expected—Notes from a Young Black Chef is one man’s pursuit of his passions, despite the odds.

Includes a PDF of recipes from the book.

“This is an astonishing and open-hearted story from one of the next generation’s stars of the culinary world. I am so excited to see what the future holds for Chef Kwame—he is a phoenix, rising into better and better things and showing us all what it means to be humble, hungry, and daring.” —José Andrés

KWAME ONWUACHI is the Executive Chef at Kith and Kin in Washington, D.C. Born in Long Island and raised in the Bronx and Nigeria, he trained at the Culinary Institute of America and worked at Per Se and Eleven Madison Park before opening his own restaurant. A former Top Chef contestant, Onwuachi has been named a "30 Under 30" honoree by both Zagat and Forbes. JOSHUA DAVID STEIN is a Brooklyn-based author and journalist. He's the editor-at-large at Fatherly and the host of the Fatherly Podcast, the co-author of Food & Beer, the U.S. editor of Where Chefs Eat, and the author of the children's books Can I Eat That?, What's Cooking?, and Brick: Who Found Herself In Architecture. He was the restaurant critic for the New York Observer until he quit in protest (because #nevertrump) and currently writes "The Trencherman," a food column for the Village Voice.