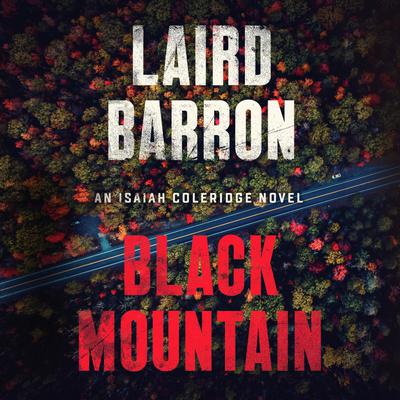 Ex-mob enforcer Isaiah Coledrige has hung out a shingle as a private eye in New York's Hudson Valley, and in his newest case, a seemingly simple murder investigation leads him to the most terrifying enemy he has ever faced

When a small-time criminal named Harold Lee turns up in the Ashokan reservoir--sans a heartbeat, head, or hands--the local mafia capo hires Isaiah Coleridge to look into the matter. The mob likes crime, but only the crime it controls . . . and as it turns out, Lee is the second independent contractor to meet a bad end on the business side of a serrated knife. One such death can be overlooked. Two makes a man wonder.

A guy in Harold Lee's business would make his fair share of enemies, and it seems a likely case of pure revenge. But as Coledrige turns over more stones, he finds himself dragged into something deeper and more insidious than he could have imagined, in a labyrinthine case spanning decades. At the center are an heiress moonlighting as a cabaret dancer, a powerful corporation with high-placed connections, and a serial killer who may have been honing his skills since the Vietnam War. . .

A twisty, action-packed follow-up to the acclaimed Blood Standard, Black Mountain cements Laird Barron as an inventive and remarkable voice in crime fiction.

LAIRD BARRON was born in Alaska, where he raised huskies and worked in the construction and fishing industries for much of his youth. He is the author of several short-story collections and two novels, and his work has also appeared in many magazines and anthologies. A multiple Locus, World Fantasy, and Bram Stoker Award nominee, he is also a three-time winner of the Shirley Jackson Award. Barron lives in Kingston, NY.