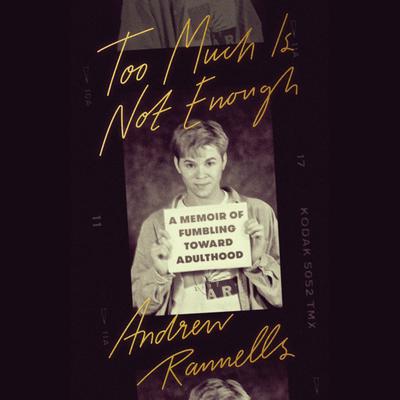 Too Much Is Not Enough (Digital Audiobook)

ANDREW RANNELLS is an actor, singer, and performer best known for originating the role of Elder Price in The Book of Mormon and playing Elijah Krantz in HBO's "Girls." A Tony and Drama Desk nominee and Grammy winner, he has also played Hedwig in Hedwig and the Angry Inch, King George III in Hamilton, and Whizzer in Falsettos, and will soon star in the 2018 Broadway revival of The Boys in The Band. On the small screen, he has appeared in "The New Normal" and "The Nick," and will soon appear in "The Romanoffs." Rannells's film credits include Why Him?, The Intern, and Sex and the City 2, and his writing has been published in the New York Times "Modern Love" column. This is his first book.