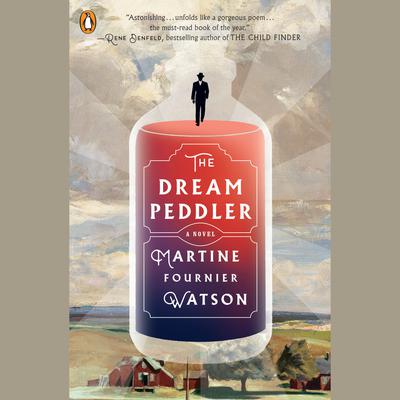 A page-turning novel about a traveling salesman who arrives to sell dreams to a town rocked by a child's disappearance, both a thoughtful mediation on grief and a magical exploration of our innermost desires

The dream peddler came to town at the white end of winter, before the thaw . . .

Traveling salesmen like Robert Owens have passed through Evie Dawson's town before, but none of them offered anything like what he has to sell: dreams, made to order, with satisfaction guaranteed.

Soon after he arrives, the community is shocked by the disappearance of Evie's young son. The townspeople, shaken by the Dawson family's tragedy and captivated by Robert's subversive magic, begin to experiment with his dreams. And Evie, devastated by grief, turns to Robert for a comfort only he can sell her. But the dream peddler's wares awaken in his customers their most carefully buried desires, and despite all his good intentions, some of them will lead to disaster.

Gorgeously told through the eyes of Evie, Robert, and a broad cast of fully-realized characters (the flirty teenager who works the general store counter, a little boy seeking respite from his bully big brother, the lonely old gossip who collects all the town's secrets), The Dream Peddler is an imaginative, empathetic novel of overcoming loss and reckoning with the longings we bury.

MARTINE FOURNIER WATSON is originally from Montreal, Canada, where she earned her master's degree in art history after a year in Chicago as a Fulbright scholar. She currently lives in Michigan with her husband and two children. The Dream Peddler is her first novel.