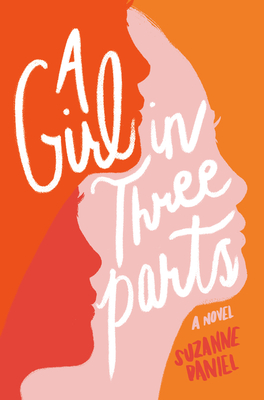 A Girl in Three Parts

A story of sisterhood, solidarity, and finding your place in a changing world, A GIRL IN THREE PARTS is an unforgettable coming of age story set against the backdrop of the women's rights movement.

Allegra struggles to make peace in her family and navigate the social gauntlet at school while asking bigger questions about her place in the world: What does it mean to be "liberated"? What is it about "becoming a woman" that earns her a slap in the face? What does it mean to do the right thing, when everyone around her defines it differently?

As the feminist movement reshapes her Sydney suburb, Allegra makes her own path--discovering firsthand the incredible ways that women can support each other, and finding strength within herself to stand up to the people she loves.

Readers will not soon forget Suzanne Daniel's poignant debut, or the spirit of sisterhood that sings out from its pages.

Praise For A Girl in Three Parts…

"Daniel pulls no punches in this emotional and insightful debut about working through family trauma and owning your power. An excellent choice for those interested in feminism, a bit of mystery, and a lot of heart-wrenching drama." —Booklist

"A captivating debut... This novel is a quiet yet sincere story that slowly builds to its climax as its young narrator comes of age. " –SLJ

"An emotionally moving portrayal of the effects grief has on a family.... Debut author Daniel's strength lies in the creation of complex characters."  —Kirkus

Suzanne Daniel has worked as a journalist for ABC-TV and The Sydney Morning Herald, in communications roles for the United Nations and BBC London, and in crisis management with Hill & Knowlton. She currently holds directorships with several public and philanthropic boards. She lives with her husband and their three children in Sydney. This is her first novel.
Loading...
or
Not Currently Available for Direct Purchase