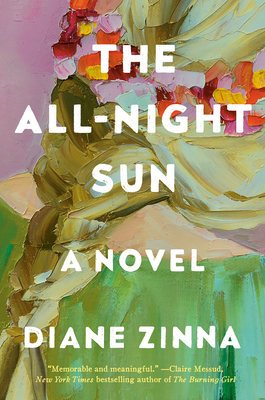 A lonely young woman gets too close to her charismatic female student in this propulsive debut, culminating in a dangerously debauched Midsommar’s Eve.

Lauren Cress teaches writing at a small college outside of Washington, DC. In the classroom, she is poised, smart, and kind, well liked by her students and colleagues. But in her personal life, Lauren is troubled and isolated, still grappling with the sudden death of her parents ten years earlier. She seems to exist at a remove from everyone around her until a new student joins her class: charming, magnetic Siri, who appears to be everything Lauren wishes she could be. They fall headlong into an all-consuming friendship that makes Lauren feel as though she is reclaiming her lost adolescence.

When Siri invites her on a trip home to Sweden for the summer, Lauren impulsively accepts, intrigued by how Siri describes it: green, fresh, and new, everything just thawing out. But once there, Lauren finds herself drawn to Siri’s enigmatic, brooding brother, Magnus. Siri is resentful, and Lauren starts to see a new side of her friend: selfish, reckless, self-destructive, even cruel. On their last night together, Lauren accompanies Siri and her friends on a seaside camping trip to celebrate Midsommar’s Eve, a night when no one sleeps, boundaries blur, and under the light of the unsetting sun, things take a dark turn.

Ultimately, Lauren must acknowledge the truth of what happened with Siri and come to terms with her own tragic past in this gorgeously written, deeply felt debut about the transformative relationships that often come to us when things feel darkest.

Praise for The All-Night Sun

Praise For The All-Night Sun: A Novel…

“[An] unsettling, mesmerizing debut . . . In gently hypnotic prose, Zinna beautifully explores the transformative powers of grief, loneliness, intimate friendships, and the hunger we have to be understood.”—Refinery29

“Diane Zinna’s The All-Night Sun is an unexpected love story—about rebirth after loss, about the human connections that art and literature enable, about the adventures we undertake and the tales we tell ourselves to get by. It’s also about risk and sorrow, about how our stories can fatefully mask reality. This is a memorable and meaningful novel.”—Claire Messud,New York Times bestselling author of The Burning Girl

“This stunning debut novel explores the space between dreams and nightmares, life and death, the brilliance of the midnight sun and the darkness when you shut your eyes. Diane Zinna has given us a tender, aching, and unforgettable story.”—Julia Phillips, author of Disappearing Earth

“Zinna renders all the vivid saturations of grief, but not just that: she also traces the complicated fretwork of young friendship. This book shows how coming-of-age and elegy can be the same story.”—Emily Fridlund, author of History of Wolves

“Sensuous and hypnotic… Diane Zinna has gifted an empathic prose-poem to anyone who has felt displaced by loss and in search of a path out of the stalemate of memory.”—Pamela Erens, author of Eleven Hours and The Virgins

“In lyrical, dreamlike prose, Diane Zinna’s mångata leads her characters from profound loss to the promise of wounds healed. An impressive debut by a gifted writer.”—Chris Cander, author of The Weight of a Piano

“An essential addition to fiction on grief and a compelling story about female friendship, its limits and constraints, and the surprising ways it can make us whole.”—Natalie Jenner, author of The Jane Austen Society

“Zinna offers everything I come to a novel hoping for—a compelling protagonist, graceful prose, first-rate storytelling, and deep compassion for her characters.”—Lori Ostlund, author of After the Parade

“A provocative examination of the often-blurred boundaries between teacher and student, as well as the disorienting effects of grief, written in language so suffused with light and color that it’s hard to look away from Zinna’s words.”—Jennifer Stiel, author of Exile Music

“In The All-Night Sun, author Diane Zinna displays her deep understanding of the writing craft….Her stunning debut novel is a twisting tale of grief, hope and self-deceit, a story as mesmerizing as the young women at its heart.”—BookPage (starred review)

“Inventive and luminous…. Zinna’s intimate debut dazzles with original language, emotional sentience, and Swedish folklore as it plumbs the depths of grief, loss, and friendship [and] reaches an inspired emotional depth that, as the title signifies, never stops blazing.”—Publishers Weekly (starred review)

Diane Zinna is originally from Long Island, New York. She received her MFA from the University of Florida and has taught writing workshops for more than a decade. She formerly worked at AWP, the Association of Writers & Writing Programs, and in 2014, Diane created the Writer to Writer Mentorship Program, helping to match more than six hundred writers over twelve seasons. Diane has become well-known for her popular, online grief writing sessions that have grown each Sunday since the start of the pandemic. Diane lives in Fairfax, Virginia, with her husband and daughter. The All-Night Sun is her first novel.
Loading...
or
Not Currently Available for Direct Purchase