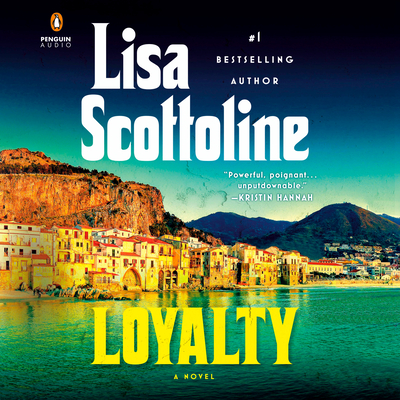 Franco Fiorvanti is a handsome lemon grower toiling on the estate of a baron. He dreams of owning his own grove, but the rigid class system of Sicily thwarts his ambition. Determined to secure a better future, Franco will do anything to prove his loyalty to the baron. But when the baron asks him to kidnap a little boy named Dante, Franco makes a decision that will change his life—and even the history of Sicily—forever.
Gaetano Catalano is an idealistic young lawyer whose devotion to justice is tantamount to a calling. He’s a member of the Beati Paoli, a real-life secret society of aristocrats who investigate crime in Palermo, a city riddled with graft. Gaetano sets out to find the boy and punish the kidnapper, but his mission leads him to a darker place than he had ever imagined.
Meanwhile, Mafalda Pancari is a new mother rejoicing at the birth of her daughter, Lucia, when disaster strikes. And Alfredo D’Antonio is a reclusive goatherd under constant threat of being discovered as a Jew. How the lives of these unforgettable characters collide makes Loyalty an epic tale of good versus evil, as the story twists and turns to its monumental showdown.
Readers will be transported to the dramatic and ruggedly beautiful island of Sicily, the jewel of the Mediterranean, where lush lemon groves and mouth-watering cuisine contrast with a turbulent history of colonization and corruption. Scottoline brings her decades of thriller writing to historical fiction, creating in Loyalty a singular novel that no reader will be able to put down.

"A powerful, poignant exploration about the rise of the Mafia in Sicily, Lisa Scottoline's Loyalty is a gripping, compulsively readable tale of courage, loyalty, family secrets, and the price of honor.  An unputdownable piece of historical fiction that puts Scottoline's talent for writing twisty plots and unforgettable characters on full display."
—Kristin Hannah, author of The Four Winds

"I haven’t read a story set in Sicily that was this good since Giuseppe Di Lampedusa’s amazing novel The Leopard. The reader knows when an author’s heart is in their writing, and Lisa Scottoline’s heart and soul is in Loyalty. Historical fiction, when it’s good, is a time machine, carrying us back to a vanished world that we can inhabit for a while. Loyalty does that and more—it’s a magic carpet ride that will transform us and stay with us. A beautifully written tale, wonderfully told by a master storyteller."
—Nelson DeMille, author of The Maze

"A gripping, up-all-night novel of power and vengeance in a violent and beautiful land. Loyalty finds Lisa Scottoline on new turf—and firing on all cylinders. Her versatility as a writer knows no bounds."
—Daniel Silva, author of Portrait of an Unknown Woman

"Nineteenth-century Sicily springs to vivid, unforgettable life in Loyalty, a passionate epic of the Mafia‘s origins among the fragrant lemon groves of Palermo. A kidnapped child confined to a madhouse, a castoff wife raising her daughter in the wild, an upright lawyer on a crusade for justice, and twin brothers determined to rise to power—their lives entwine across Lisa Scottoline’s gorgeous tapestry of Sicilian history. An absolute feast for readers everywhere!"
—Kate Quinn, author of The Diamond Eye

"Tautly plotted, brimming with detail, Loyalty takes us through the streets of 19th-century Sicily to witness the birth of the modern Mafia. Scottoline fills her tale with a richly varied cast, gathering them into a web of intrigue as the book races towards its heart-stopping finish. A delight!"
—Helene Wecker, author of The Hidden Palace

"Loyalty is a wonderfully atmospheric and operatic tale about the origins of the Mafia in the wake of Sicily's crumbling feudal system…At heart, though, this is an earthy novel, the vivid details of which make you smell the sweet lemon groves, feel the salty sea spray on your cheeks, and taste the pasta, pistachios and rich cheeses of Sicily. Brava!"
—Stephanie Dray, author of The Women of Chateau Lafayette

"This brilliantly told story about the rise of the Mafia is an unforgettable saga of the powers of corruption and courage, injustice and honor, family secrets, loyalty and love set against the evocative backdrop of Sicily. Scottoline deftly explores the darkest passions and the deepest compassion of human nature in a fabulously twisty historical thriller that will keep you guessing until the very end."
—Meg Waite Clayton, author of The Postmistress of Paris

"A heart-pounding, emotional thrill ride through Sicily….a beautiful, bold, and brilliant masterpiece that, in the spirit of The Godfather, reminds us of the perils of blind allegiance, the consequences of betrayal, and the lengths to which one will go for family. A breathtaking tour de force."
—Kristin Harmel, author of The Forest of Vanishing Stars

"Rich with intrigue and secrets, tension and tenderness (not to mention the intoxicating scent of lemon groves!), this is Lisa Scottoline at her best!"
—Jennifer Rosner, author of The Yellow Bird Sings and Once We Were Home

"Scottoline brings her characters to life, instilling them with wit and intellect as they navigate the corruption of Sicily’s law enforcement. Historical crime fiction fans will be riveted."
—Publishers Weekly

"[A] mafia magnum-opus....Loyalty is an epic novel about the rise of the mafia in 19th century Sicily."
—CrimeReads

Lisa Scottoline is the number-one bestselling and Edgar Award–winning author of thirty-five novels. A former president of Mystery Writers of America, she has thirty million copies of her books in print and has been published in thirty-five countries. Her books have been optioned for film and television, and she has also co-authored a series of humorous memoirs with her daughter, novelist Francesca Serritella. A former lawyer, Scottoline taught a course she developed, “Justice & Fiction,” at the University of Pennsylvania Law School, her alma mater. She lives on a farm outside Philadelphia with an array of disobedient pets.
Loading...
or support indie stores by buying on