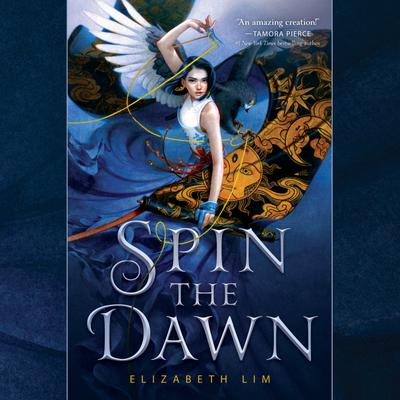 Spin the Dawn (The Blood of Stars) (Digital Audiobook)

ELIZABETH LIM grew up on a hearty diet of fairy tales, myths, and songs. Her passion for storytelling began around age 10, when she started writing fanfics for Sailor Moon, Sweet Valley, and Star Wars. After getting her BA from Harvard and her doctorate in music composition, Elizabeth went on to become a film and video game composer. But ever since she rediscovered her love of writing and set out to pen a YA novel, she hasn't looked back. She lives in New York City with her husband.

She has written one other book--a novelization of Mulan--but this is her first original novel.