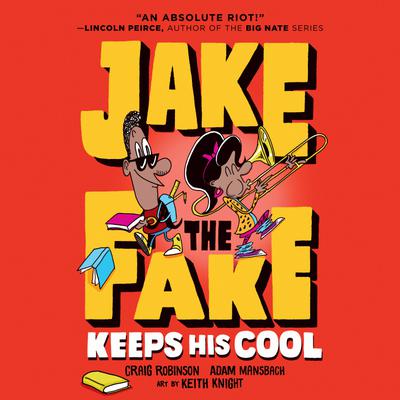 Luckily, he has good friends and laughs on his side.

Craig Robinson is an actor and musician best known for his work on NBC's The Office and for his appearances in such films as Hot Tub Time Machine, This is the End, Pineapple Express, and Morris from America, which previewed to high critical praise at Sundance.

Adam Mansbach is the #1 New York Times bestselling author of Go the F to Sleep. He has also written over a dozen other books as well as the screenplay for the movie Barry, about President Barack Obama as a college student. His work has appeared in The New Yorker, The New York Times, Esquire, and on NPR's This American Life and All Things Considered.

Keith Knight is the recipient of the NAACP History Maker award and the creator of three highly regarded comic strips: The Knight Life, (th)ink, and The K Chronicles. His art has appeared in various publications worldwide, including The Washington Post, Daily KOS, San Francisco Chronicle, Salon.com, Ebony, ESPN the Magazine, L.A. Weekly, MAD Magazine, and The Funny Times.