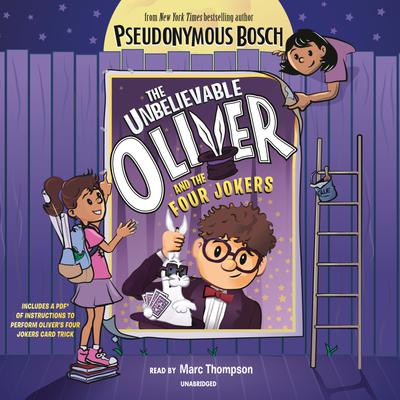 The Unbelievable Oliver and The Four Jokers (Digital Audiobook)

*Includes a PDF* of the instructions to perform Oliver’s Four Jokers Card Trick.

Pseudonymous Bosch is the infamously anonymous author of the New York Times bestselling Secret Series and the Bad Books. Despite rumors to the contrary, his books are not actually written by his pet rabbit, Quiche; the rabbit is merely his typist.