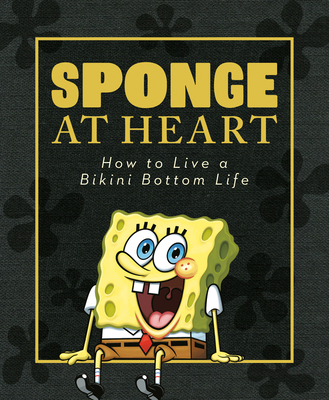 How to Live a Bikini Bottom Life (SpongeBob SquarePants)

Are you feeling in over your head or all washed up? SpongeBob SquarePants and his friends from Bikini Bottom will have you looking on the the bright side again with their thoughts on friendship, fun, business, bubble blowing, and much, much more. Filled with quotes and advice from Nickelodeon's SpongeBob SquarePants, this full-color gift book is sure to thrill fans of all ages.

Melissa Wygand is a children’s book author whose works include The Sponge Who Saved Christmas and Where the Pirates Arrgh!

Dave Aikins grew up in the suburbs of Detroit, immersed in comic books, action figures, and B-movies. In 1991, Dave was somehow persuaded to move to Ohio, studying at the Columbus College of Art & Design. After graduating in 1995, he spent four years working for a large newspaper and a commercial art studio. Now residing outside of Columbus, Ohio, with his wife, energetic son, and multiple cats and dogs, he is currently running Let’s Draw Studio, the freelance illustration company he founded in 1998.
Loading...
or
Not Currently Available for Direct Purchase