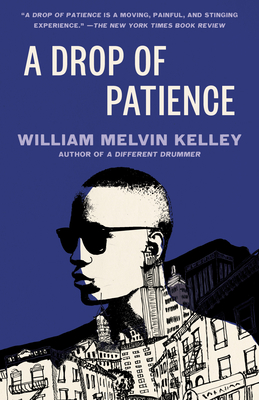 A Drop of Patience

One of the great jazz novels of any era, A Drop of Patience tells the story of a blind horn player's journey through the themes of race, blindness, and music.

At the age of five, Ludlow Washington is given up by his parents to a brutal white-run state institution for blind African American children, where everyone is taught music—the only trade by which they are expected to make a living. Ludlow is a prodigy on the horn and at fifteen is "purchased" out of the Home by a bandleader in the fictive Southern town of New Marsails.

By eighteen, he is married with a baby daughter, but as his reputation spreads, he seeks to grow musically, leaving his budding family for a once-in-a-lifetime opportunity in New York City. Navigating the worlds of music and race and women, Ludlow's career follows an arc towards collapse, a nervous breakdown, recovery, a long-delayed public recognition, only for him to finally abandon the spotlight and return to his roots and find solace in the black church.

A Drop of Patience is a brilliant portrayal of a jazz musician. It stands apart as an exemplary parable of African American history, of racial politics, and of musical creative genius.

Praise For A Drop of Patience…

"A Drop of Patience is a moving, painful, and stinging experience." —The New York Times Book Review

"[A] stylistic triumph . . . considerably more than a story about jazz, Negroes, and the fringe of society. On any level, this is quite an achievement" —Library Journal

WILLIAM MELVIN KELLEY was born in New York City in 1937 and attended the Fieldston School and Harvard. The author of four novels and a short story collection, he was a writer in residence at the State University of New York at Geneseo and taught at The New School and Sarah Lawrence College. He was awarded the Anisfield-Wolf Book Award for lifetime achievement and the Dana Reed Prize for creative writing. He died in 2017. In 2014 Kelley was officially credited by the Oxford English Dictionary with coining the political term "woke," in a 1962 New York Times article entitled "If You're Woke You Dig It."
Loading...
or support indie stores by buying on