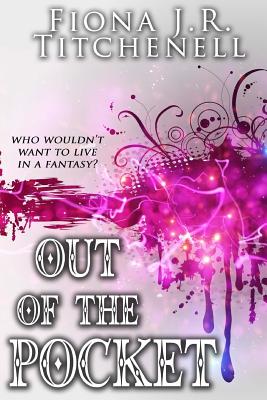 Out of the Pocket (Paperback)

For over a century, the town of Green Beach has frightened its children with the tragic legend of Joshua Thorne. He's the reason it not only locks its doors at night but nails its windows shut. Steeped in romance and revenge, his is the kind of story Angela Ironwright lives for. When the specter of Joshua appears to her, insisting she's the only one who can help him piece together the fragments of his own murder, she follows him without a second thought into a place he calls the Pocket, a beautiful hidden world of jumbled memory and imagination. But the Pocket holds more than magic and mystery. Before long, its other reclusive inhabitants begin to call out to Angela, warning her not to trust Joshua and begging for her help to escape his dark power. Angela's sure there must be some misunderstanding, and she's determined to set it straight. Otherwise, finding justice will mean betraying the only boy who's ever liked her. Smart and genre-savvy, Out of the Pocket is a dark, honest, subversive take on the modern paranormal love story.

Fiona J.R. Titchenell is an author of Young Adult, Sci-Fi, and Horror fiction. She graduated with a B.A in English from California State University, Los Angeles, in 2009 at the age of twenty, is represented by Fran Black of Literary Counsel, and currently lives in San Gabriel, California with her husband and fellow author, Matt Carter, and their pet king snake, Mica. She has also published under the name F.J.R. Titchenell, and on the rare occasions when she can be pried away from her keyboard, her kindle, and the pages of her latest favorite book, Fi can usually be found over-analyzing the inner workings of various TV Sci-Fi universes or testing out some intriguing new recipe, usually chocolate-related.
or
Buy Here
Copyright © 2020 American Booksellers Association