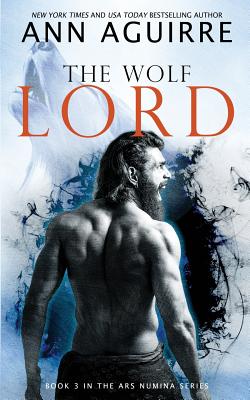 Roguish. Reckless. Unreliable. Raff Pineda has a certain reputation among the Animari. He's the one to call if there's a party starting, not the man to rely on when all hell breaks loose. Though he's nominally the leader of the Pine Ridge pack, he defers to his second on the tough calls. Raff prefers to live fast and hard and keep his heart hidden, but a certain Eldritch princess won't fall for his usual tricks, and their contract political marriage may be anything but convenient. Ambitious. Elegant. Isolated. Princess Thalia Talfayen may not have been raised by a witch in a tower, but she's spent the last few decades locked up for a failed insurrection. Plotting and scheming come naturally to her; personal connections do not. Since she's come this far in her unstoppable quest to claim the silver throne, she won't hesitate to do whatever it takes to unite her people, even if that means giving herself to the big bad wolf...

Ann Aguirre is a New York Times & USA Today bestselling author with a degree in English Literature; before she began writing full time, she was a clown, a clerk, a voice actress, and a savior of stray kittens, not necessarily in that order. She grew up in a yellow house across from a cornfield, but now she lives in sunny Mexico with her family and various pets. She likes books, emo music, and action movies. She writes all kinds of genre fiction for adults and teens.
or support indie stores by buying on
Copyright © 2020 American Booksellers Association