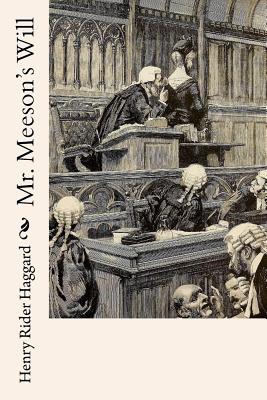 Mr Meeson's Will is an 1888 novel by H. Rider Haggard. It was based on a well known anecdote of the time. The plot concerns a marooned man's will tattooed on the back of a woman.

Sir Henry Rider Haggard (22 June 1856 - 14 May 1925), known as H. Rider Haggard, was an English writer of adventure novels set in exotic locations, predominantly Africa, and a pioneer of the Lost World literary genre. He was also involved in agricultural reform throughout the British Empire. His stories, situated at the lighter end of Victorian literature, continue to be popular and influential.
Loading...
or support indie stores by buying on