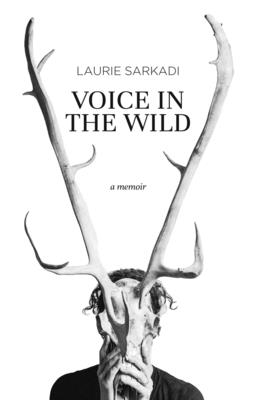 Voice in the Wild

After plans to live in Africa shatter, young journalist Laurie Sarkadi moves to the Subarctic city of Yellowknife seeking wilderness and adventure. She covers the changing socio-political worlds of Dene and Inuit in the late '80s—catching glimpses of their traditional, animal-dependent ways—before settling into her own off-grid existence in the boreal forest. There, she experiences motherhood and its remarkable synchronicities with the lives of caribou, dragonflys and other creatures.

As a mother, and as a journalist, Sarkadi speaks up for abused women and children, creating controversies that entangle her in long, legal battles. When she looks to animals and the natural world for solace, she encounters magic. Lessons from the natural world arrive weekly, if not daily: black bears roam her dreams, as well as her deck, teaching introspection; wolves inspire her to persevere.

This evocative memoir explores a more than two-decade long physical and spiritual journey into the wild spaces of northern Canada, around the globe and deep within.

Praise For Voice in the Wild: A Memoir…

"Everybody has experiences of things that aren’t supposed to be able to happen, and suspicions of truths to be found in folklore and mythology, as well as in the many stories from around the globe about animals. Laurie Sarkadi dares to tackle such events, stories and intuitions, speaking of them from her own considerable experience as a wife, mother and journalist living for twenty years 'off-the-grid' in the Northwest Territories, as well as from her early life as a young world traveler. From the mountain gorillas of Rwanda to the bears of Canada’s North, Laurie Sarkadi has gathered lore and applied it to her own experiences. Readers will be surprised and fascinated by this unusual, truth-telling, often funny and beautifully rendered memoir." — Sharon Butala, author of Where I Live Now and The Perfection of the Morning

"This is a fascinating juxtaposition of scientific precision, professional challenges and intimate personal memoir. Underlying it all, and somehow blanketing it, is the story of a kindred relationship with the natural world, with its infinite power to fascinate a child, define a place, shape a life and teach anyone who is able to watch and listen closely. The dedication of such beautiful stories to residential school survivors is a rich irony. Some 150,000 of them spent their childhoods deprived of the very things that make up the heart of this book: their mothers, their families, their belief that anyone cared about them, and a connection to their lands." — Marie Wilson Commissioner, Truth and Reconciliation Commission of Canada, 2009-2015

"It's like Eat, Pray, Love but for wild people. Voice in the Wild ends up being about family, social justice, child protection, the environment, music, love… and all with a deep, evolving, spiritual, authentic connection to the land and animals." — Loren McGinnis, CBC North Radio

"…there is much to contemplate in Sarkadi’s beautifully rendered chronicle of career, motherhood and marriage." — Liane Faulder, Edmonton Journal

Laurie Sarkadi is an award-winning writer, producer and editor of EDGE YK magazine. She moved to Yellowknife as the Edmonton Journal’s northern bureau chief then spent sixteen years telling northerners’ stories through CBC radio and television. Her non-fiction has appeared in Canadian Geographic, The Globe and Mail, thewalrus.ca and the anthologies: Dropped Threads 3 and Kitchen Talk. She lives off-grid in the Northwest Territories with her husband and has three sons.