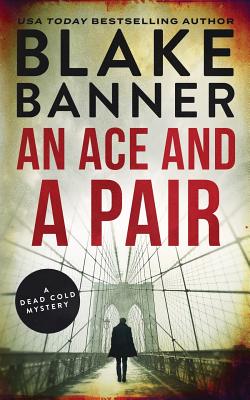 An Ace and a Pair

Detective John Stone of the NYPD has the best arrest record in the 43rd precinct. But he's a dinosaur who belongs to another age. Detective Carmen Dehan has such a bad attitude that nobody at the precinct can stomach her. Captain Jennifer Cuevas wants them both out of the way and thinks they make a perfect pair. So she gives them the Cold Cases file - the cases nobody gives a damn about.

She has no idea just how hot a cold case can get.

Ten years back Nelson Hernandez and his four cousins were playing poker in a dive at Hunts Point. Somebody came in, blew them away and beheaded and castrated Nelson, leaving his head and his balls on the table. There was no shortage of suspects, the Jersey Mob, the Triads from Manhattan, or the 43rds own bent cop, Mick Harragan. But nobody was ever charged, and the night of the murder Mick Harragan went missing with Nelson's wife, Maria.

Now Stone and Dehan plan to find him - whatever the consequences...