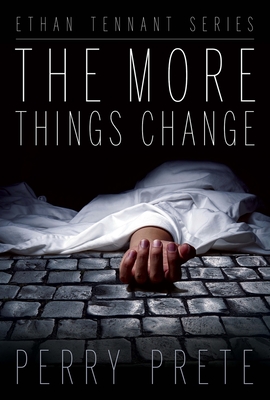 In 2013, Ethan Tennant, a Paramedic for the City of Ottawa, discovers more than a body on Parliament Hill. He unwittingly unleashes a secret that began almost seventy years ago and still hasn’t been revealed. Some people want to keep what he found a secret, others want the world to know. Certain secrets are never meant to be known.

Hitlers dream may not have died with him.

Perry Prete is a native of Sudbury, Ontario, but grew up in London, Ontario. After graduating as a paramedic in 1983 from the Ambulance and Emergency Care Program at Fanshawe College, Perry worked part—time for various EMS agencies before settling in Brockville, Ontario. He continues to work as a full—time paramedic and is also the owner of Sands Canada Inc.. Using the vast amount of knowledge that he has gained over his thirty years working as a paramedic, Perry crafts gripping and suspenseful novels full of realistic details.