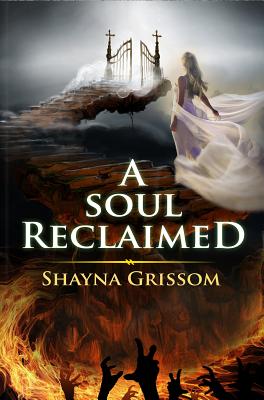 Hell is divided into seven layers. The King of Hell was lost ages ago, and it has been the steward’s task to sort the souls into their designated regions and maintain control of the world. Nora, the steward’s stepdaughter, was an outcast, and in many ways, she still is.
After a heated argument, Nora does something inexplicable, and she soon finds herself out of the castle and in a forest with soul-eating giants. It’s then that Nora meets Aegis, an immortal, who suspects Nora is more than an ordinary girl.

Shayna Grissom was born and raised in the Pacific Northwest. She currently resides in Seattle with her husband, two children, and her beloved pets. Shayna draws inspiration for her writings from binge-watching too many shows with far too much wine. She is a lover of the macabre, the strange, natural sciences, and films that feature vivid colors and imagery. Her favorite film director is Guillermo Del Toro, and her favorite books growing up were Anne Rice novels.
You can find Shayna on twitter @ShaynaGrissom and on GoodReads.com.